Monique Samuels Defended Andy Cohen After The RHOP Reunion Backlash, “He Was Just Doing His Job”

Monique Samuels Defended Andy Cohen After The RHOP Reunion Backlash, “He Was Just Doing His Job” 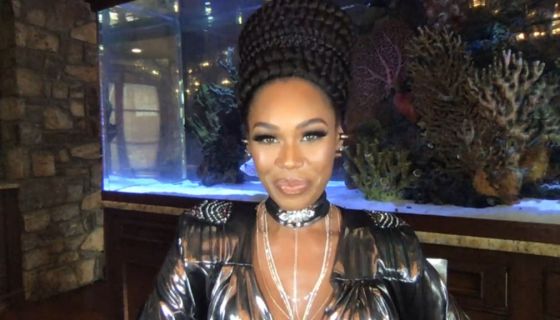 In the newest episode of Monique Samuels’ Youtube series Tea with Monique, the Real Housewives of Potomac star did a Live Q&A where she spilled how she feels about Andy Cohen in the aftermath of the RHOP season 5 reunion.

Towards the tail end of Monique’s Youtube show, co-panelist James “Binder” Johnson wanted to know how honest Andy was being when in a recent Watch What Happens Live episode, he finally addressed how fans felt about his behavior at the reunion. He claimed the RHOP production team’s editing was to blame for how he seemingly treated Monique unequally and unfairly in comparison to Candiace during the reunion. According to him, he pushed for the reunion to air as four parts (instead of the three we saw) because there was so much drama to be covered.

In response to Andy’s comments, Monique said that Andy definitely wasn’t equal in his treatment of her in comparison to Candiace, but that the host was “doing his job.”

“I’ll put it like this, we filmed for 11 hours. I was in the hot seat for a good five, six of those hours. But I will say, we all thought we were going to get four parts and what we got was three and a half. We should’ve had four, there was a lot more to be shown but I’m definitely not going to sit here and say that it was equal. The accountability definitely wasn’t equal.”

She continued further saying, “I knew going into [the] reunion that it was going to be heavy for me and that it was going to be a lot of heat coming in my direction. So on one side, I can’t really be upset with Andy. He was doing his job. That’s what he was there to do. But on the other side, I definitely can agree and wished they would have shown four parts because there was so much more that was talked about, not even just with the issue of me and Candiace, just in general.”

Later, Jay Hinson, another panelist, asked Monique directly whether she thought Andy even liked her. Monique came to Andy’s defense, repeating the idea that he was “just doing his job.”

“Do you personally feel like Andy Cohen likes you?” Jay asked,

to which Monique replied, “I don’t think he dislikes me. I’ve never had an issue with Andy. I’ve never felt he disliked me or anything. I honestly felt like he was just doing his job.”

If you haven’t been keeping up, season 5 of RHOP was all about the physical altercation that happened between co-stars Monique Samuels and Candiace Dillard Bassett. After viewers watched the reunion, many felt Andy didn’t do enough to hold Candiace accountable for her actions in the fight, and that he was clearly biased against Monique despite production footage vindicating some of her reasons for escalating the fight into a physical one.

The fact that Monique isn’t holding a grudge towards Andy is a testament to her character. It looks like even though she won’t be on RHOP anymore, we’ll still be hearing a lot from her about what was really going on behind the scenes last season. Since she announced her departure from the show, word has spread that Bravo is looking for two new housewives to add in to the RHOP mix. Still, without Monique there the add to add some spice, do you think it’ll be worth watching?

Al Reynolds Says Star Jones Was Aware Of His Sexuality When They Wed: “I Was Not The First Bisexual Man That She Was Involved With”

Al Reynolds Says Star Jones Was Aware Of His Sexuality When They Wed: “I Was Not The First Bisexual Man That She Was Involved With”