“There’s No Side Chick”: After Recent RHOA Episode, Porsha Williams Calls Out Trolls “Talking Sh-t About My Family”

Dale Moss on Clare Crawley split: ‘There’s no one person to blame’

This ‘Salt-N-Pepa’ actress messed up ‘Shoop’ at her audition

“Lube Is For Everyone” OB-GYN Dr. Brandye Explains Why You Don’t Have To Wait Til You’re Old To Oil Up Down There

Why Brian Baumgartner is a marriage proposal expert

Andra Day Lost 39 Lbs. For Her Role As Billie Holiday In Hulu Biopic, “I Put Myself Through It”

Matt James and Tyler Cameron spotted working out together

“There’s No Side Chick”: After Recent RHOA Episode, Porsha Williams Calls Out Trolls “Talking Sh-t About My Family” 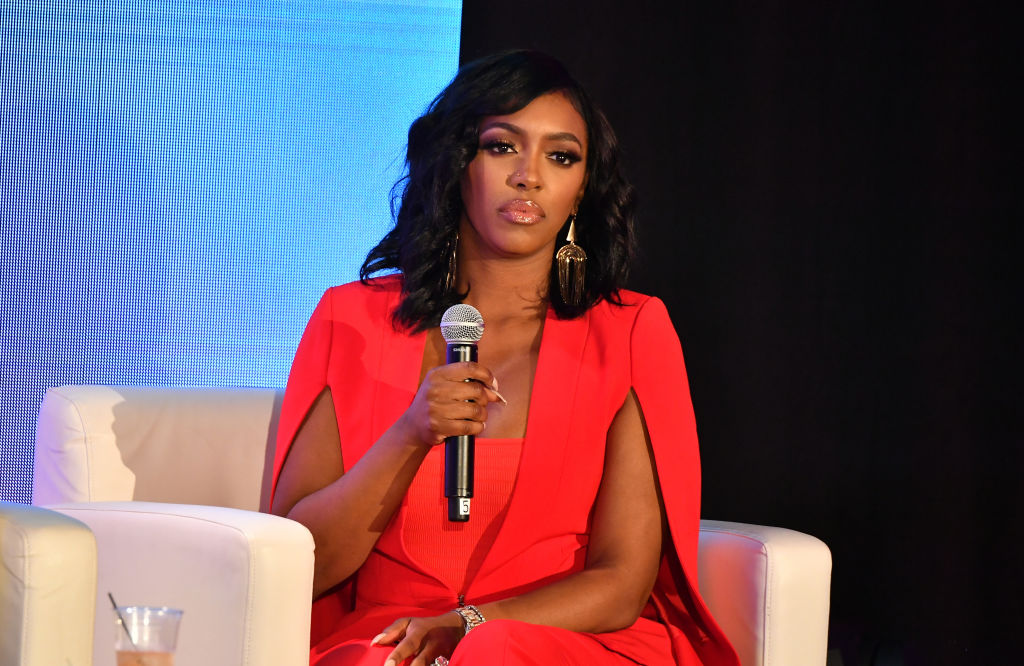 In a recent post, Porsha Williams took to Instagram Live to send a direct message to all those who have been harassing her family since last Sunday’s episode of the Real Housewives of Atlanta.

Porsha began the Live by discussing the scene from last Sunday’s episode that created so much discussion. In the scene, fans of the show saw Porsha, her mother Miss Diane, and her half-sister Lauren all come together to discuss their unique family dynamic, which included Lauren’s mother, who wasn’t present for the conversation. Despite Porsha and Lauren having different mothers, all of the women are close.

Even though some found the discussion to be relatable, others criticized it and the women, emphasizing that Lauren is the star’s “half-sister” and insulting Miss Diane. Porsha took to social media to call it out.

“Most people hit me up about the conversation like ‘That was so real,’” she said, “a couple of people hit me and was like you know, ‘It was really emotional when you talked about your dad’ and stuff like that, different things. ‘It was refreshing to hear your mom and your sister talk about, you know, their experience as you being a child and everything like that.’”

She then addressed the detractors.

“And I know, I think I have an idea who is behind these fake pages talking sh-t about my family,” she added. “Tryna make my mom feel bad. Saying that my mom was tryna make my stepmom look like a side chick. No way in the world. My mother and my stepmom have the most beautiful relationship. Most mature loving relationship. We spend holidays together. I’ve seen them have nothing but a respectful, genuine relationship.”

For more clarification, Porsha mentioned that Lauren’s mother didn’t marry her father until after he was divorced from her own mother.

“Mind you, my stepmom married my dad a while after my mother and my father were divorced. So there’s no overlapping whatsoever, there’s no side chick,” she said. “There’s no shade. There’s no none of that. So whoever this is that’s bringing this into this, don’t do it because the devil ain’t gon’ work with this one. We’re family, and we’re gonna always be family.”

With all the unnecessary commentary going in Lauren and Miss Diane’s direction after last Sunday’s episode, it’s nice to see Porsha using her platform to come to their defense in a major way. Even though they might not be a perfect family to the haters that were throwing them shade, clearly, their strong family ties are what matters most to them.